Being clever is a important currency for many kids (and adults too).  Often, when I am about to start a writing or storytelling workshop, some child from the class will shoot up their hand and tell me exactly who the best writer in the class is, and the others will nod in agreement or add their suggestion. This got me thinking about a way that I could introduce my workshop and even out the playing field a little, at the same time. So I have taken to introducing this man.

Albert Einstein. Don’t you just love the look of him?  All wild and messed up and with those piercing eyes? Depending on their age, some or many of the children, will know who he is and why he is famous. According to Wikipedia, Albert Einstein was “a German-born theoretical physicist who developed the general theory of relativity, effecting a revolution in physics’. Now I am not really sure exactly what that even means but I do know this: Albie was one seriously clever man! But what does a scientist (albeit a famous one) have to do with a writing workshop? And here’s the thing: Albert Einstein, who knew more than most people alive, believed this:

Now personally this makes my heart sing. There is so much I don’t know but it seems there’s not too much I couldn’t imagine, if I put my mind to it. The kids and I talk about this for a minute or two: what Einstein meant when he said it and why he believed it was true. Some ideas can be right or wrong  (like the answer to a maths equation for example) but our imaginations aren’t limited in this way – anything is possible. Einstein also said this gem: 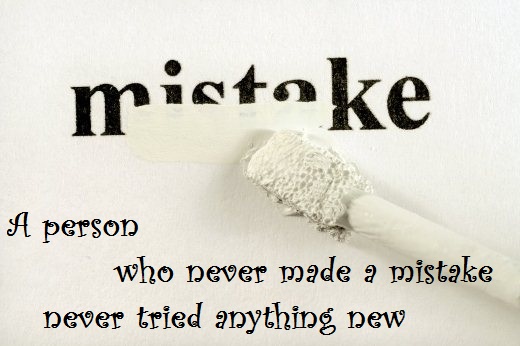 And this resonates with many kids (and adults), especially the ones who do not like to make mistakes. Hopefully, the children start to realise that they are heading into a place where their imaginations reign supreme, where there are no right or wrong answers and ‘mistakes’, can be worn as badges of honour in the name of experimentation. So finally, when we are all standing on this common ground, it’s time to begin writing.

The quotes used above (and many more) illustrated images of Einstein’s quotes can be found on a website called Our Funny Planet.

2 comments
This entry was posted in A Month of Moments, Creativity, Education, Teaching, Writing bookmark this page